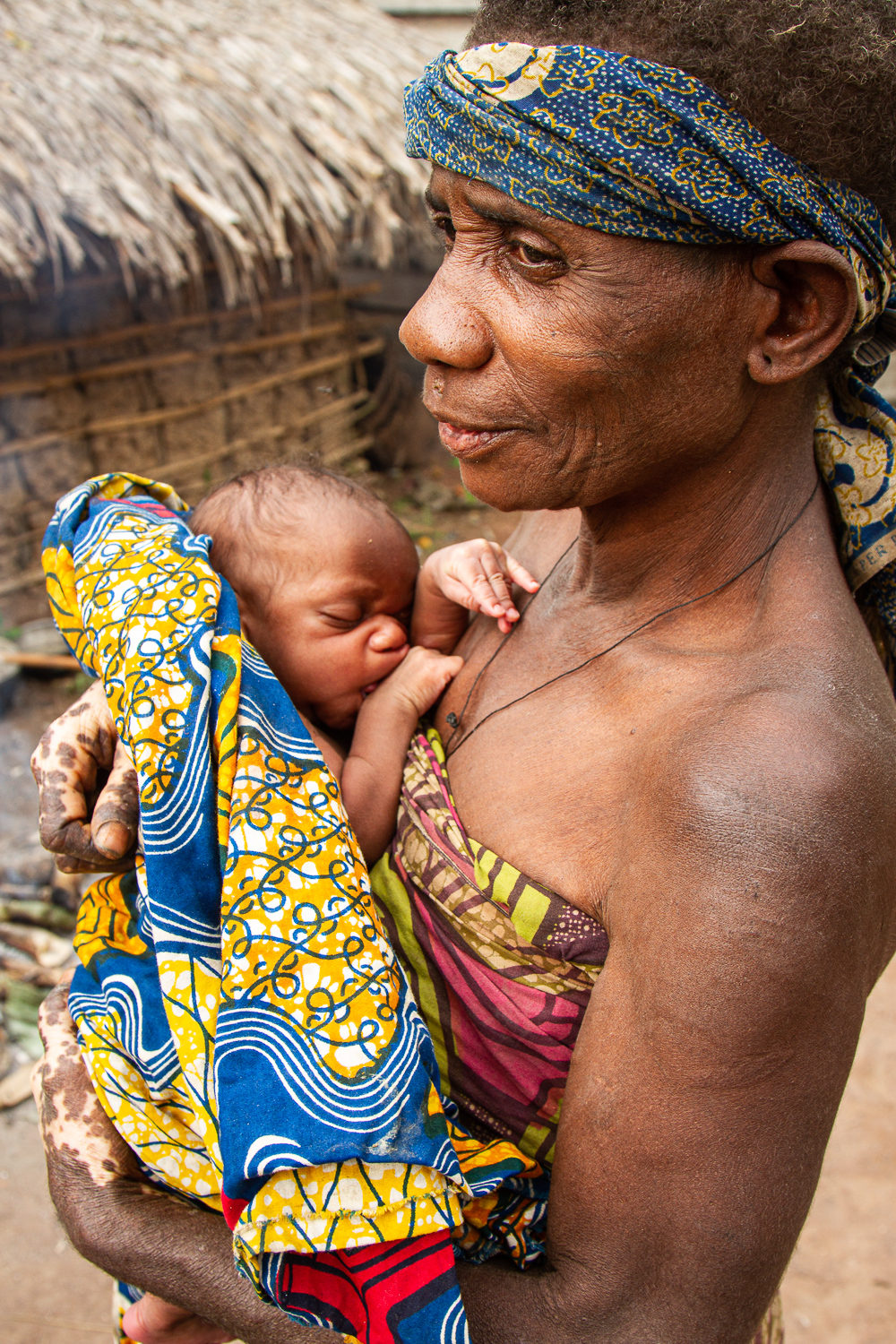 The Mbuti dwell in the Ituri forest (in the northeast of the Democratic Republic of Congo), whereas the Twa are dispersed through the central forests of the Congo Basin. Certain groups also live around the last forest remnants of Rwanda and Burundi.

The third group, the BaMbenga, is found west of the Oubangui River, straddling Congo, the Central African Republic, Cameroon, and Gabon. This group includes the BaAka (located between the Oubangui and the Sangha Rivers in northern Congo and in southwest Central African Republic), the Baka (in southwestern Cameroon and northern Gabon) and several small groups in central Gabon.

Some indications support the hypothesis that there was, in the beginning, a single language among these three groups. For instance, certain terms related to forest life are common to all the different languages used today. Still, there is a strong tendency for groups to assimilate the languages spoken by the other African groups with whom they are associated. Certain groups speak a Bantu language, like the Dzanga-Sangha BaAka, whilst others use a Nilotic or Ubanguian language depending on their neighbors.

The indigenous peoples of Central Africa can be divided in two categories: The river peoples and the forest peoples. 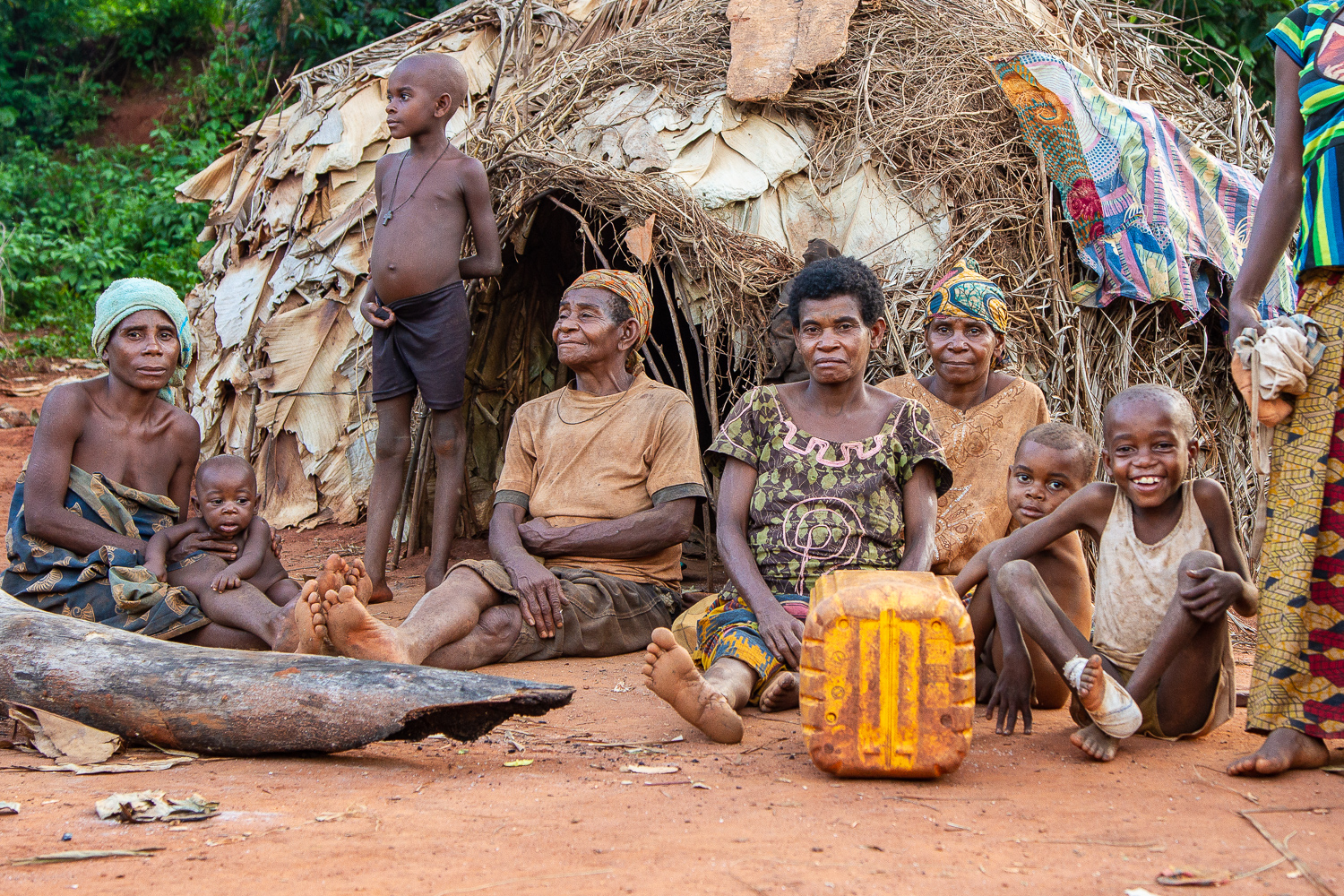 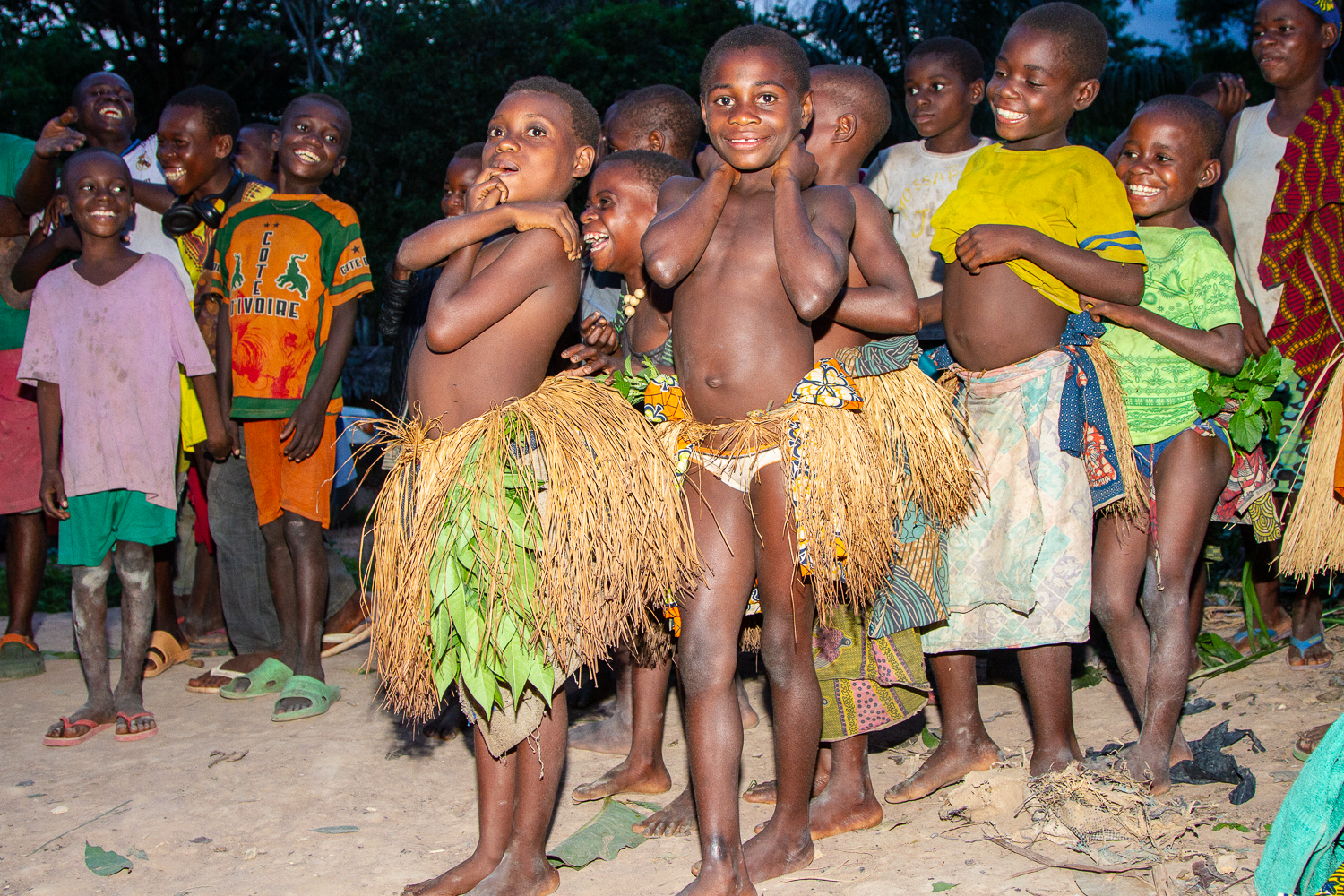 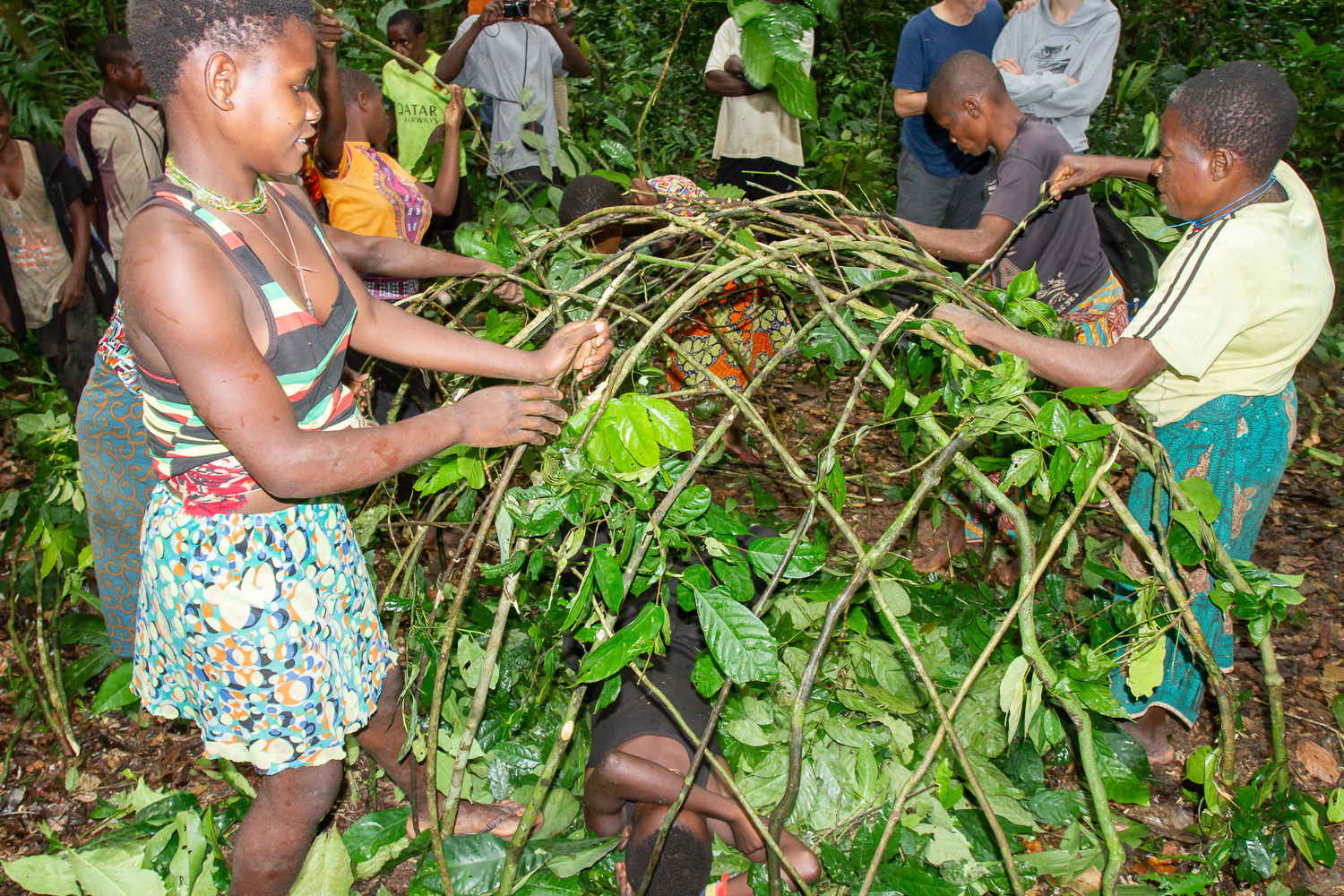 The BaAka represent approximately one third of the population living inside the Dzanga-Sangha Special Reserve. They are believed to be the oldest inhabitants of the area, with their seminomadic lifestyle persisting largely unchanged over millennia. Because of their extraordinary knowledge about the forest, they play a fundamental role in all science, nature conservation and tourism projects, thus helping to preserve the core element of their own culture, the forest.

Today about 5,000 BaAka live in and around the Dzanga-Sangha Protected Area – a minority among the population around the national park, which has risen to about 15,000 people.

In recent years, however, the BaAka have come under great pressure to adapt to new influences. More people have come to the area due to the political crisis in the Central African Republic, but also because of the presence of logging concessions in the area. The overexploitation of their natural resources and an increasingly sedentary lifestyle bring poverty, exploitation, discrimination and disease.

Even if their situation sees some improvement, not only the BaAka have not traditionally been considered as equals by the Bantu majority, but they have also been massively exploited and deprived of their rights. The BaAka are dependent on the Bantu because the Bantu are their only buyers for medicinal plants, fruits, wild nuts, honey or other products collected in the forest as a source of income.

Due to their illiteracy and lack of proper money management, they have been exploited to carry out poorly paid manual work and been subject to endless debts. This unbalanced relationship leads to tensions between both groups, as well as to the social and economic exclusion of the BaAka.

Despite this situation, traditional lifestyle still plays a strong role in many BaAka communities. Preserving the cornerstones of the BaAka way of life is an important goal of the efforts on the ground. Find out more about our work for the Aka people here. 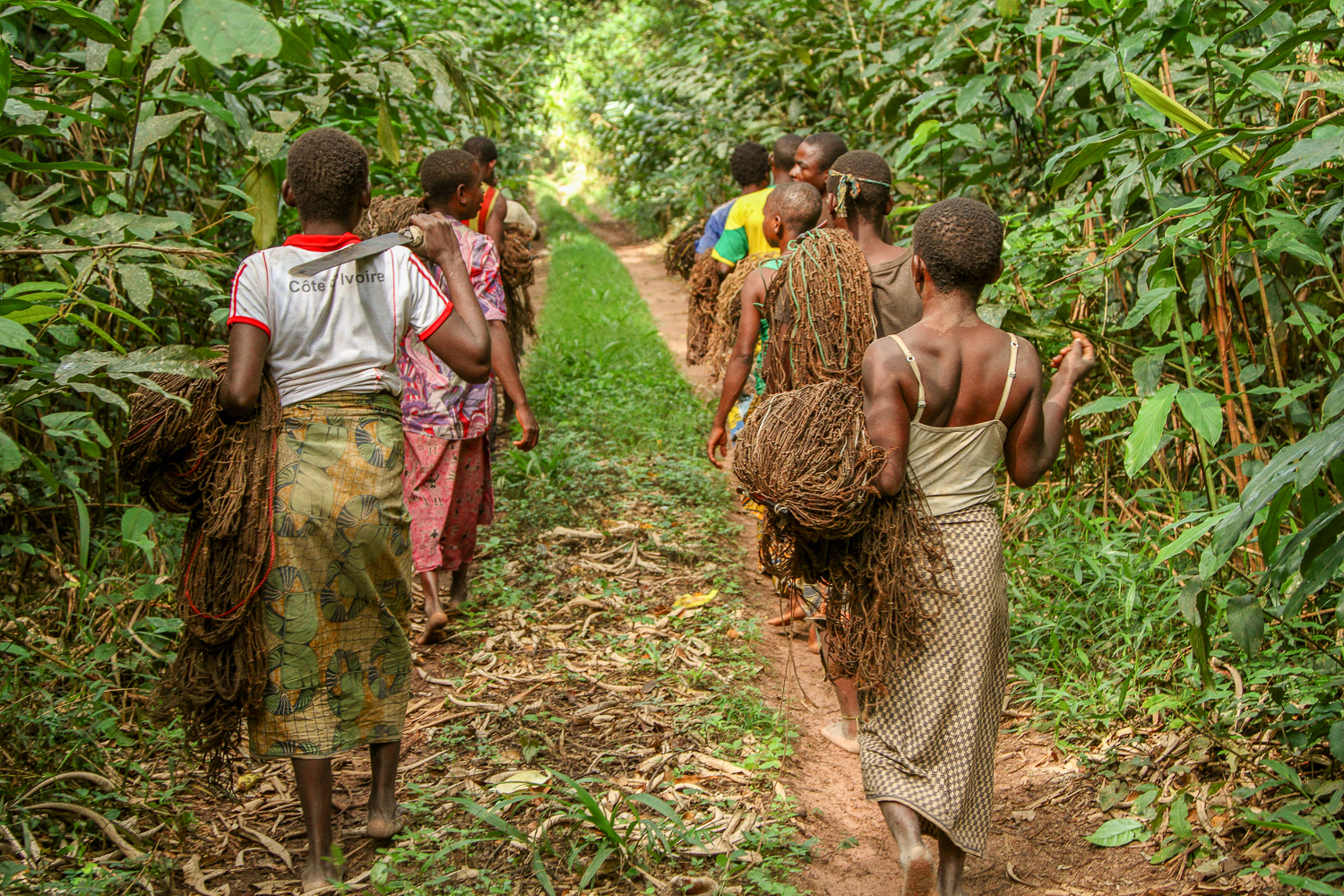 Nuria Ortega
Today about 5,000 BaAka live in and around the Dzanga-Sangha Protected Area. 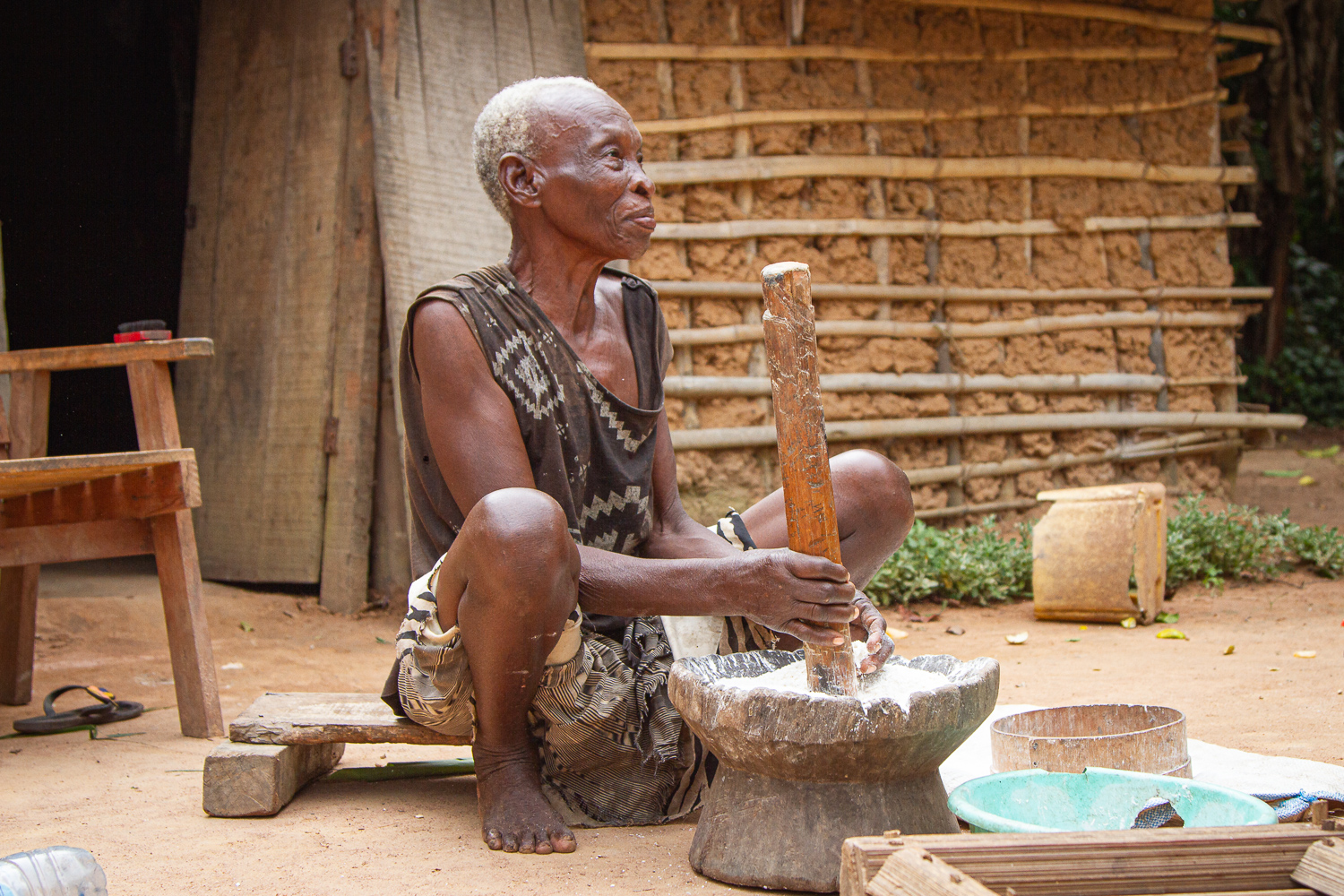 “Sangha-Sangha” is a collective term for the original Bantu population along the Sangha River, characterized by innumerable closely linked clans. They are the original inhabitants of the riverbank, its multiple tributaries, and the marshy basins between Salo, Bayanga, Lidjombo and Ouesso in the northern part of the Republic of Congo.

In the past, these groups lived in temporary camps established according to the seasons, different fishing techniques, and importance for different activities. They used the different parts of the Raphia palm, especially its sap to make palm wine. Living at a slow pace, Sangha-Sangha families have always cultivated fields, their main crops being cassava, corn, peanuts, and plantain bananas. Linguistically, they belong to the Bantu group, but each clan has its own dialect.

In general, these populations have an all-around knowledge of both the Sangha-Sangha dialects and the languages of their neighbors, such as the BaAka or the Mbuti. Before the immigration of other peoples into the region, there was a traditional trade relationship between the Sangha-Sangha and the BaAka, who exchanged their respective products. 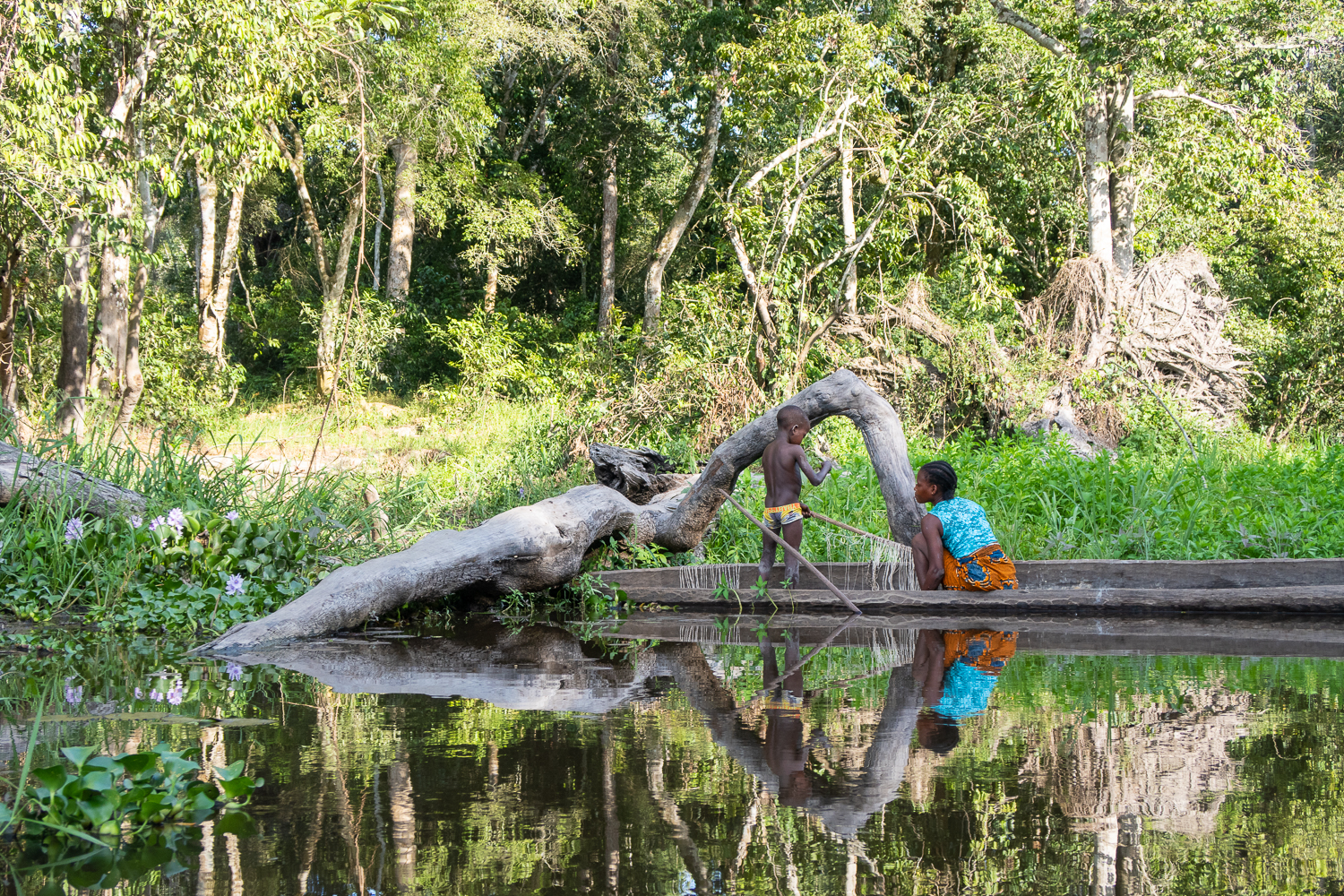 The main activity of the Sangha Sangha men is fishing using fixed and cast nets. Fishing with cast net is done from a dugout canoe (Pirogue). The net is thrown so that it opens before hitting the water. Fixed nets are attached to the banks – their length and mesh vary depending on the location. Buoys are used to mark their position for easy recovery. In the past, nets were woven using plant fiber, but today, this material has been replaced by nylon. A traditional fishing method, using a spear and a torch lit with the resin of the Copal tree allows fishing at night, for species such as catfish. Women use other techniques such as the damming of streams followed by their draining, and the use of traps. A customary land ownership system governs the usage rights on the Sangha tributaries while access is free on the large river.

A customary land ownership system governs the usage rights on the Sangha tributaries while access is free on the large river.

Another daily activity of the Sangha-Sangha men is the collection of sap from the Mosende or Raphia palm (Raphia hookeri) to produce an alcoholic drink called Molenge by fermentation. This wine is consumed each evening in the villages and is an important nutritional element. The extraction of palm wine is complemented by the exploitation of Raphia palm fronds for the construction of hut roofs – the preference being for the large Raphia called Bungu (Raphia laurentii), found in the flooded marshes along rivers. 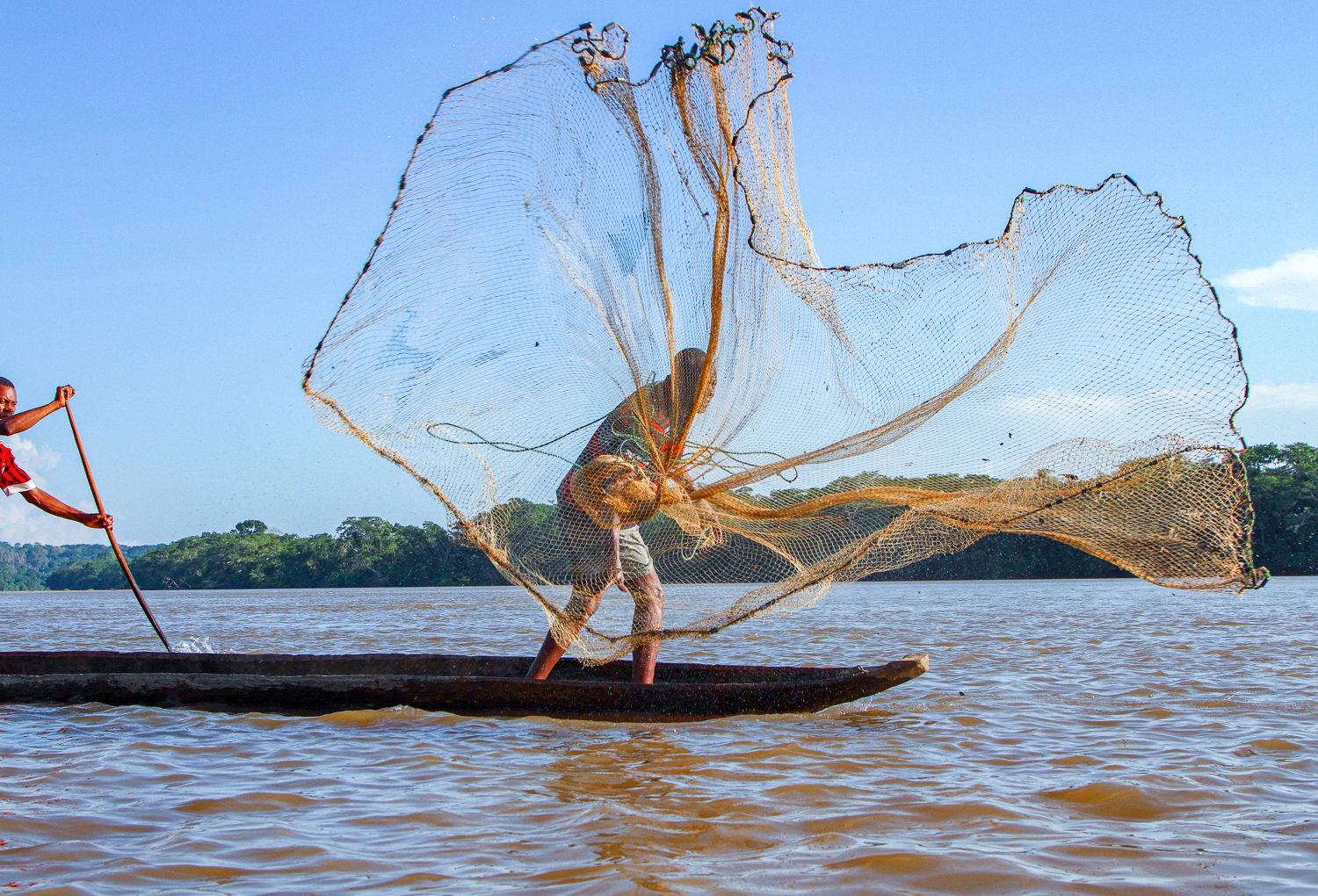 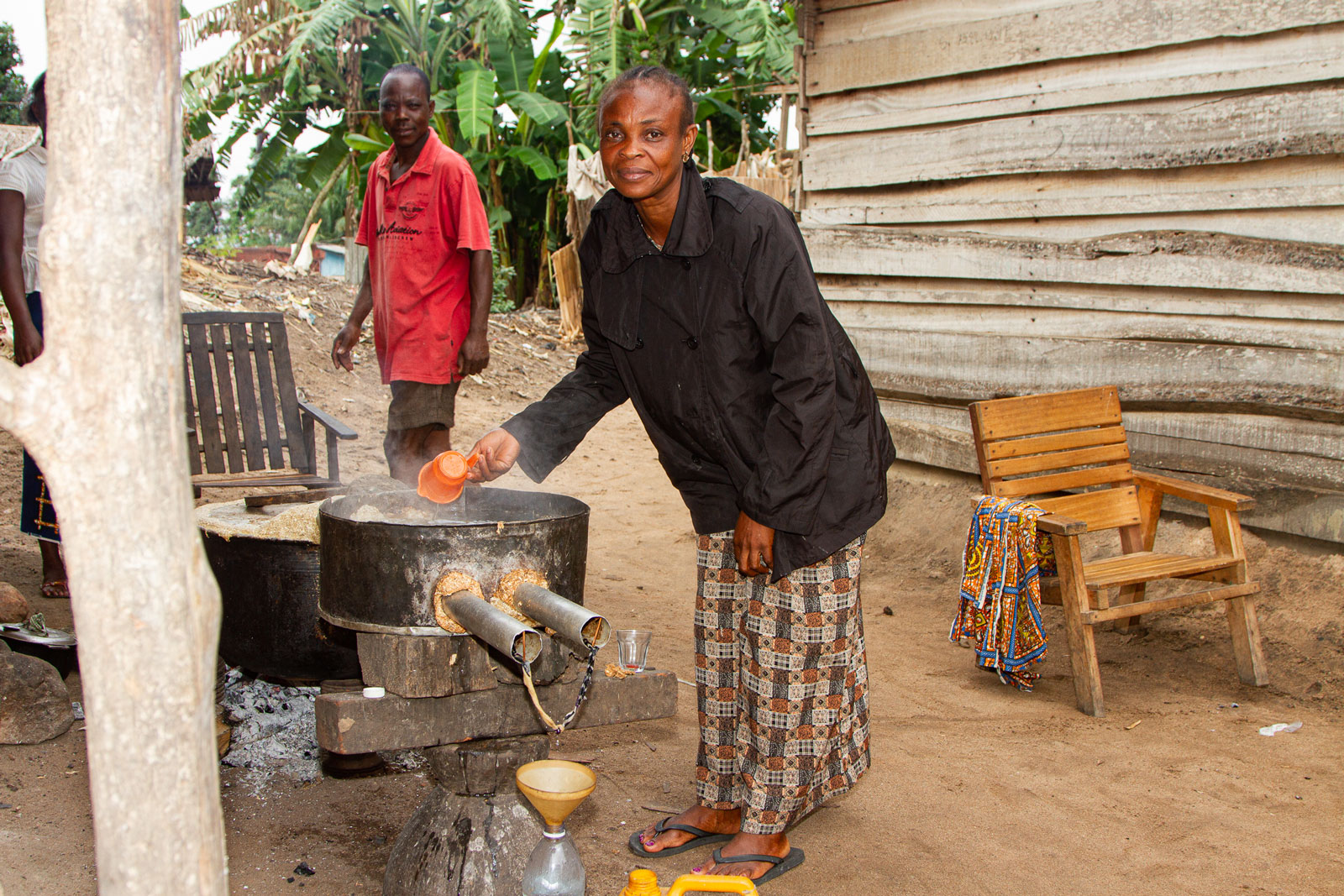 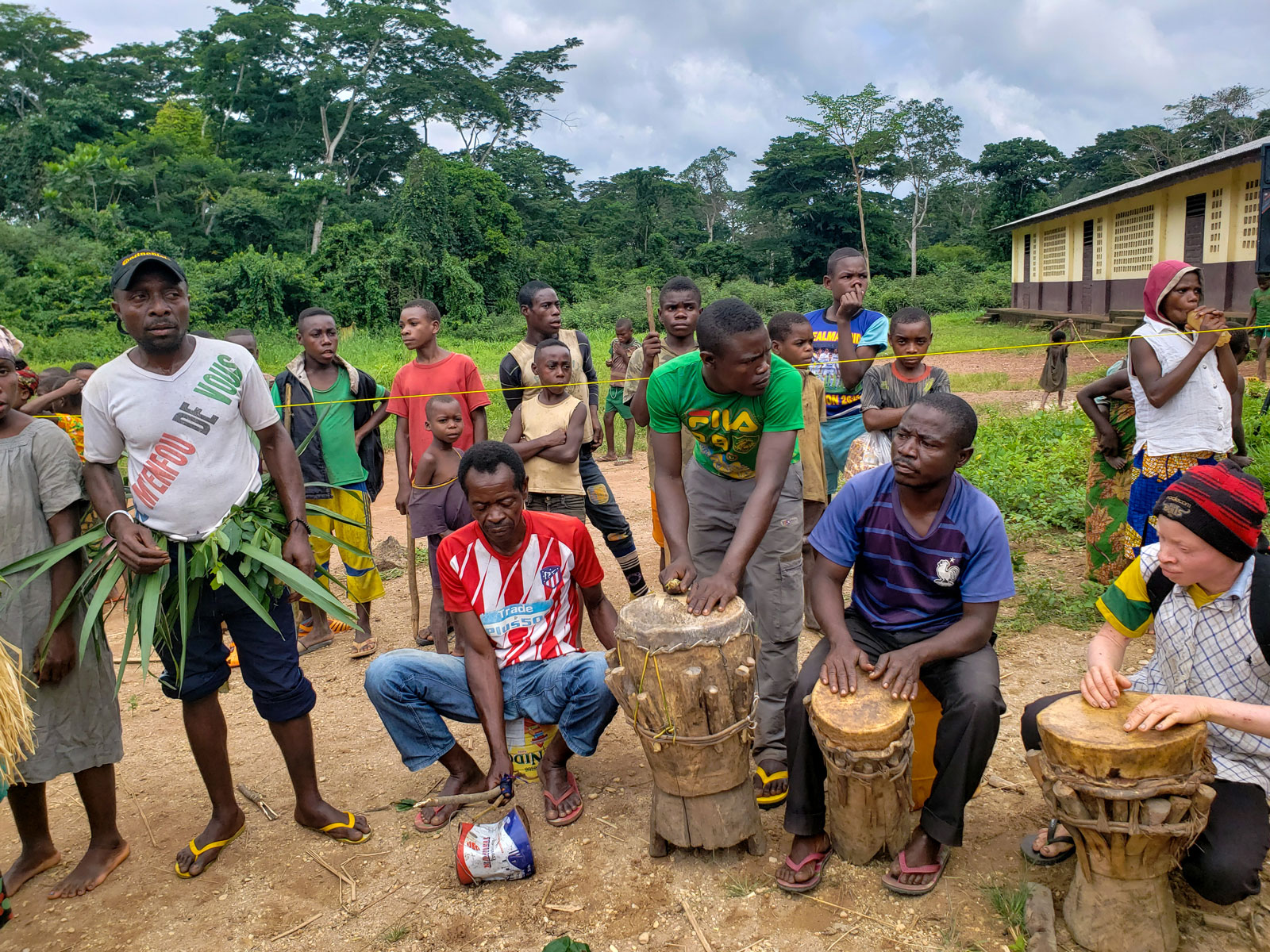